Ian Copeland has passed away at 57 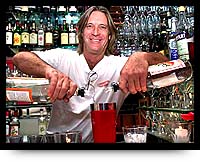 It's been a hard week for the Live Music Industry, just a few days after Danish Promoter Erik Thomsen passed away another one of the most colorful careers in music came to a close today as pioneering booking agent Ian Copeland died in Los Angeles of melanoma. He was 57.

The sons of a CIA agent, Copeland and his brothers were part of a “law enforcement” clan in the music business: Ian founded Frontier Booking International (F.B.I.), younger brother Stewart was the founder and drummer of the Police; and older brother Miles was the founder of International Records Syndicate (I.R.S.), a record label whose acts included R.E.M., the Go-Gos, Black Sabbath, Oingo Boingo, Wall of Voodoo and General Public. Older sister Lorraine (Lennie) is a writer and producer. Ian Copeland was surrounded by family at the time of his death.

Born in Damascus, Syria, on April 25, 1949, Copeland was the son of the late Miles Copeland Jr., a former jazz trumpeter turned U.S. intelligence officer, and Lorraine Copeland, a Scottish-born archeologist.

In 1967, at the height of the Vietnam War, Ian Copeland joined the U.S. Army and was awarded a Bronze Star and numerous other medals. After his discharge, Copeland moved to London, where, with the help of his brother Miles, who had just begun his own music industry career, he landed a job as a booking agent.

With Southern rock ruling the touring box office in the U.S., in the mid-70s Copeland moved to Macon, Ga., where he worked for Phil Walden’s Paragon Agency, which booked tours for such acts as the Charlie Daniels Band, Lynyrd Skynyrd and the Allman Brothers Band.

Alex Hodges, now executive VP for House Of Blues Concerts, says he recruited Copeland to Paragon. “I recruited him from London, England, to come and live in Macon, Ga., and he never regreted it,” says Hodges. “Ian was a bright spot of a team that will likely never be duplicated.”

While in Macon, Copeland married Constance Walden with whom he had two daughters, Chandra and Barbara.

Copeland was instrumental in developing a U.S. club circuit for rock acts in booking I.R.S. act Squeeze, a strategy later employed with the Police and B-52s. When Paragon folded, Copeland and former Paragon agent Buck Williams opened F.B.I. in New York, which broke the Police as one of the biggest live acts of the 198Os.

As one of the top agencies of the ‘80s, F.B.I. acts included R.E.M., Sting, the Bangles, the Go-Gos, the Smiths, the Thompson Twins, the Fixx, UB40, Joan Jett and the Black Hearts, Oingo Boingo, the Dead Kennedys and the Cure.

Williams and Ian Copeland were partners for 11 years. “He became my closest friend during our tenure together,” Williams says. “We traveled the world together having the greatest time two guys could have, and made money at it.”

Williams says Copeland’s contributions to music transcended touring. “His contribution was to the development of modern music,” Williams says. “He was the driving force behind the ‘new wave’ movement. He was the ‘go to’ man for young, first release, new wave bands in Europe, developing a circuit in which most young European acts could come over, work and go home not in debt.”

F.B.I. merged into InterTalent, which disbanded in 1992. In 1995, Simon & Schuster published the autobiography “Wild Thing: The Backstage, On the Road, In the Studio, Off the Charts Memoirs of Ian Copeland.”

In recent years, Ian opened the Backstage Café in Beverly Hills, which continues to be one of the most successful hang-outs in the city. “No one loved music more than Ian,” says Williams.

Copleand is survived by his two daughters Chandra and Barbara, his mother Lorraine, his brothers Miles III and Stewart and his sister Lennie.

Funeral Services will be private. Memorial plans are pending.