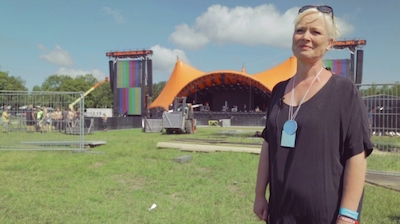 As a direct consequence of the corona crisis, legendary Danish Roskilde Festival has had to cut hard in the organization.

17 employees have been fired, and in total the organization has become about a third smaller as a result of redundancies and job vacancies that have not been extended, according to a press release.

“We are helped by the government`s support package for events in connection with the festival that should have been this summer. But the overall non-profit enterprise is affected financially, and the other help packages cannot help us through to a sufficient degree. Since the closure earlier this year, we have focused on reducing the cost of job vacancies that have expired. But it is now clear that it is not enough, ”says CEO of the Roskilde Festival group, Signe Lopdrup (pictured), and continues:

“That is why today we have unfortunately been forced to carry out an organizational adjustment, where 17 employees have lost their jobs. It is very unfortunate. "

The cut in the organization does not mean that Roskilde Festival will not be able to be implemented in 2021, states Signe Lopdrup.

“We maintain a small organization that can lead us through the coming time, and which can still both carry out tasks for our partners and - across employees and volunteers - continue the work with Roskilde Festival in 2021. A large part of the festival is already planned for next summer and is ready to be picked up. So the effort that needs to be made right now is especially about, together with others, investigating how it can again be possible to gather many people safely in this difficult and unpredictable corona time" says the director.

The focal point of the non-profit business is the development and execution of Roskilde Festival. In addition, the Roskilde Festival group is behind a number of activities, which are based on the knowledge and competencies acquired through the work with the festival, and which are put into play in other contexts, where the organization helps with advice, event security, gastronomy, experience design, project management and logistics.

Since 1972, Roskilde Festival group has generated around 411 million Danish Kroner which is used for non-profit purposes in addition to the earnings that associations and partners have every year at the festival.