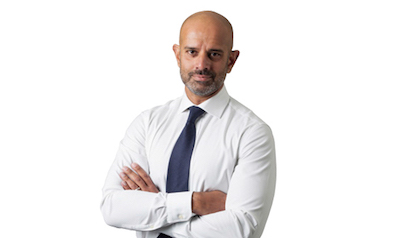 Paul Thandi, chief executive of NEC Group, has said it will take “two or three years” for the business to recover and has predicted that no indoor arena events will take place in 2020.

Most events at the Group’s arena venues – Utilita Arena Birmingham and Resorts World Arena – which have been shuttered since mid-March due to COVID-19, have been rescheduled for 2021

Thandi said that the group does not anticipate any events taking place because people continue to fear going out due to the pandemic.

The BBC reports that Thandi said: “The issue is that people don’t feel confident enough, and retail shops are seeing it as well, in terms of people going to retail, spending their time shopping and feeling comfortable going out.”

The NEC group, which runs five venues across Birmingham and attracts seven million people each year, could take “two or three years to recover,” Thandi said.

He also called for the UK government to extend the furlough scheme to help protect its 2,000 jobs.

The NEC (National Exhibition Centre), which is the UK’s largest exhibition venue, has 18 interconnecting halls and 32 conference suites that welcome around 2.3 million visitors to more than 149 exhibitions every year.

NEC is also the parent company for UK ticketing agent, The Ticket Factory, which sells over 2.5 million tickets per year for a variety of events.

Thandi highlighted the fact that many businesses face a “cliff” in January, when VAT repayments and rates that have been deferred are due.

He said: “We’re the largest business in the UK in the events sector, the busiest venue business in Europe.

“We touch so many other sectors, road haulage sectors, the catering sector, the hospitality industry across the UK, so it’s hugely important that these businesses are supported through next year that haven’t been able to open.”

Meanwhile, Jeremy Rees, the chief executive of ExCeL London, which primarily hosts business events and conferences, said the venue will look to host events from October 1 onwards following the completion of successful pilots.