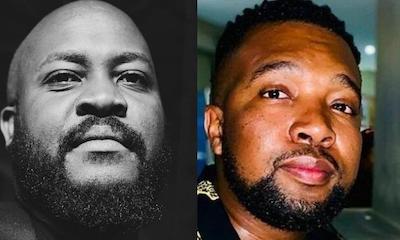 The South African music industry is mourning the deaths of music promoters Shonisani Lethole, 33, and Pheko Kgengoe, 35, who both died of COVID-19 in Johannesburg on 30 June.

Lethole passed away at Tembisa Hospital where he was admitted with breathing difficulties, while Kgengoe succumbed to the virus at Helen Joseph Hospital.

Music publicity and marketing specialist Thabiso Mogwathle said Kgengoe was a talented promoter who had shaped the careers of many local artists.

“I have known Pheko since 2008. He used to work at Universal Music as an IT specialist. He had a bug for music and we slowly brought him into our division as a consultant and trained him to do PR. He worked fully with me in the local division. He was very passionate and contributed a lot to the music industry. His death is a loss to the whole music industry. It has not fully sunk in that he is gone. He was a friend, a brother and a business partner as we worked on various projects together.”

The Brother Moves On co-founder Siyabonga Mthembu recalled his childhood days with Shonisani Lethole and spoke about how he had helped the musician and his band to connect with the right people in the music scene.

“Shonisani`s contribution is immense,” Mthembu, who also fronts Shabaka and The Ancestors, told Music In Africa. “The Brother Moves first took interest in the Roundhouse Battle of the Bands competition because Shonisani kept pushing us. At that time he was working for the British Council. This led to our first UK show where we played the Total Refreshment Centre, which is the epicentre of the vibrant UK jazz scene. Shoni introduced us to our first real manager, Adi Frost. His endeavoured to connect African artists. He championed The World Show by Nicky B since we were young and spoke of how iconic it is. He introduced the new artists to the old-school players. Shoni respected and loved us all. He showed the kind of love for music that made him a big part of the Johannesburg live music scene."

“Shonisani contributed greatly to exchange of culture,” Tornes said. “Not because it was going to gain him financially or increase his status. It was Shoni’s pure instinct and strategic insight that made him see how important it was to be a connecting point between South Africa and the Nordic countries, and also many other countries. Shoni’s eye and ear for art and music was totally cross-over from genres and agnostic as to where it came from. He knew as much about Norwegian jazz and electronic music as he knew about gqom and amapiano.

“I hear so many people saying the dearest things about Shoni now – his close friends in Johannesburg and his close-at-heart, far-away friends in Oslo, Copenhagen, London and Los Angeles. And I feel I’m not alone when experiencing a deep vacuum from where Shoni would be. He felt like a brother to us all. Shoni’s name will be forever.”

According to Music In Africa