Brit awards 2021 postponed from February to May 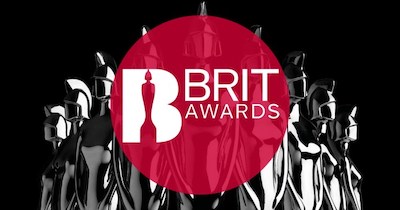 Next year`s BRIT Awards have been moved back three months to 11th May following the coronavirus pandemic.

Organisers have moved the awards back due to the ongoing coronavirus pandemic, which has affected music releases.

Many acts have delayed the release of new music this year and the move is set to "give a fairer opportunity to all artists."

A statement from The BRITs read: "Next year`s BRIT Awards will be taking place on Tuesday 11 May instead of its usual date in February and will be broadcast live on ITV."

"We have made this decision after consulting with the music industry and show partners Mastercard, ITV and AEG."

"Along with the many safety and logistical considerations of staging a huge awards ceremony in February for those putting the event on as well as the guests, we believe that this move will give a fairer opportunity to all artists, as well as ensuring a mix of huge domestic and global superstars that annually attend and perform at the show."

Sam Smith is one of the many artists who has delayed releasing new music. Their third album To Die For was set for release in May but was postponed indefinitely, with Sam also deciding to rename the album due to the pandemic.

Lady Gaga also pushed back the release of her Chromatica album, which eventually came out at the end of May.

Adele was rumoured to be releasing a new album this year, however it seems that her plans have also changed.