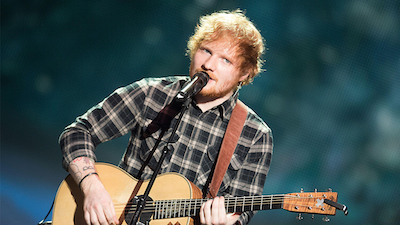 Ed Sheeran is closing out 2019 by making history once again with his chart-topping single “Perfect” earning Diamond-certification. The song is Sheeran’s third to achieve sales and streams exceeding 10 million.

The British singer-songwriter is one of only 3 artists to accomplish this feat and now tied for the most Diamond certified singles since the RIAA first implemented the Diamond certification over 20 years ago.

Additionally, Sheeran’s latest release, No.6 Collaborations Project, has now been certified Platinum. The 15-track collection – featuring 22 collaborators including Justin Bieber, Bruno Mars, Cardi B, Camila Cabello, Chance the Rapper, Khalid, Meek Mill, Travis Scott, and more – debuted at #1 on the Billboard 200 upon its release this past summer, marking Sheeran’s third consecutive time to debut at the top of the chart, following 2014’s x and 2017’s ÷.

In August, Sheeran wrapped up his record-breaking “Divide Tour” – officially named the highest-grossing and most attended of all time – with four homecoming shows at Chantry Park in Ipswich, England. Additionally, lust last week, he was named UK’s Official Number 1 Artist Of The Decade by the Official Charts Company.