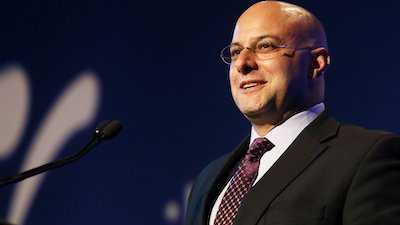 US Agency ICM Partners has confirmed that it has sold a minority ownership stake in its business to New York-based PE company Crestview Partners.

Sources estimate the transaction behind the deal at around $150m, and suggest Crestview has taken control of approximately one third of ICM.

In a statement, ICM Managing Director, Chris Silbermann (pictured), said: “We have always dedicated ourselves first and foremost to our clients and are proud to be a singularly focused representation company.

“As our team strategized about growing the agency to be the best it could for our clients, we believed Crestview, with its strong track record of backing media companies.”

“ICM Partners, under the leadership of Chris Silbermann, has experienced dramatic growth both organically and through targeted strategic acquisitions,” said Brian Cassidy, partner and head of media at Crestview.

“We are thrilled to partner with Chris and the dedicated agents and senior management team at ICM Partners, to help accelerate their expansion at a time of unprecedented global demand for content, content creators and the artists that bring it all alive.”

ICM says it will use the strategic investment to accelerate domestic and international expansion, as well as providing more resources to existing clients.

This summer, talent agency Paradigm conducted talks over a potential sale to UTA, but these discussions ultimately fell through.

“There are reasons why a combination like this would have made sense for both agencies,” Paradigm boss Sam Gores told his staff in an internal note, sent in June. “But in the end, what is more compelling for us is how unique the culture at Paradigm is and how powerful our independent path can be