WME Agents looking for other agencies according to New York Post 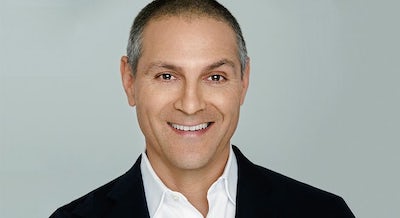 According to The New York Post several agents and executives at WME are looking to exit stage left after the company’s initial public offering fizzled.

According to the post top agents have have been "flooding Hollywood with their résumés" after a yanked September IPO kept them from cashing out on stock options they’ve been accepting in exchange for smaller bonuses.

The flopped IPO — which had been targeted to raise more than $600 million this fall — is roiling the ranks of Endeavor’s talent agents, who live and die for bonuses that can make up as much as 70% of their total compensation, according to insiders.

“A lot of WME agents are now in play. We are all talking to them,” a rival agency source said. “They are big agents, executives, department heads.”

Other sources told the Post that Ari Emanuel (Pictured), Endeavor’s CEO, has been pushing stock on execs and agents in lieu of cash since 2014, when private equity firm Silver Lake became a majority investor in Endeavor, allowing it to buy IMG, a talent and marketing agency that focuses on sports and fashion.

The long-awaited payback was supposed to come this year with a big, splashy IPO that would make Endeavor executives rich — but the company, which also owns the Miss Universe pageant and half of Ultimate Fighting Championship, yanked its planned listing amid weak demand that was as reported by The New York Post.