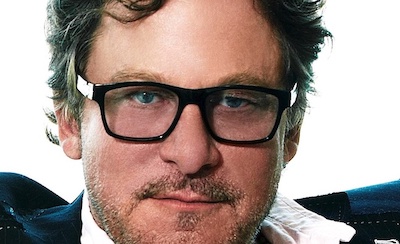 BMG has partnered with Carl Stubner (pictured), manager of Fleetwood Mac, ZZ Top, Crowded House, and Neil Finn, among others, in a strategic move into the artist management business.

BMG already works with Shelter artists including ZZ Top, Puscifer and A Perfect Circle whose Eat The Elephantalbum last year debuted at number three on the Billboard 200. Shelter will retain full independence under the arrangement to sign artists to other labels and music publishers.

As part of the deal Shelter has already relocated its Nashville operation into BMG’s new office in the city. It gives Shelter access to BMG’s global resources and networks through the company’s 15 offices worldwide. It also gives BMG artists and songwriters located outside the US a unique ability to receive management support and expertise in the North American market

BMG CEO Hartwig Masuch said, “Carl Stubner is a force of nature and we are delighted to partner with him. As the lines blur between the services provided by labels and those provided by managers, it is inevitable that these previously separate parts of the business will come together. Ultimately we are both in the business of serving artists and have complementary interests. We believe that combining resources and expertise on certain projects will benefit artists.”

Carl Stubner said, “BMG has created the first new music major of the streaming age. This is an opportunity not just to work more closely with the most innovative company in music, but also to build a new kind of management company with a presence in every significant music market. We have ambitions to move into both records and publishing with BMG and are already in advanced discussions to recruit other managers to join us.”

Said Masuch, “Artist managers are more important in the music business than they have ever been. You want to stick close to the ones who get things done. Our key insight has been to understand that the same kind of revenue share deal BMG has pioneered for artists could be extended to managers, all while guaranteeing their independence. BMG has consistently pioneered fresh approaches to the music business from our insistence on fairness and transparency, to our revenue share approach to records to our early recognition that streaming favours established artists. Our approach to the artist management business is equally new and will yet again set the pace for the industry.”