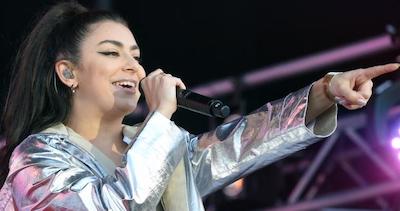 Charli XCX has unveiled details for the release of her first album in five years, along with the routing for a world tour.

In a post on Twitter the British pop star describes the new album as “beautiful & soft & aggressive & emotional & clubby & tender all at once.” She adds, “I’ve really put all of ME into this. Every aspect of my personality, truth about romantic relationships, working relationships, friends. It’s honest & raw & I can’t wait for u to hear it...”

Fans who pre-order the album from Charli’s official store before June 17 will get early access to purchase tickets to her tour.

Charli has headlined a handful of gigs this year and made appearances at festivals on both sides of the Atlantic, including Governors Ball Music Festival in New York earlier this month and Barcelona’s Primavera Sound in late May. Her last major road trip was supporting Taylor Swift’s “Reputation” stadium tour.

She promises the upcoming tour – with dates in the U.S., Canada, Europe and U.K. – will “be a party like never before.”