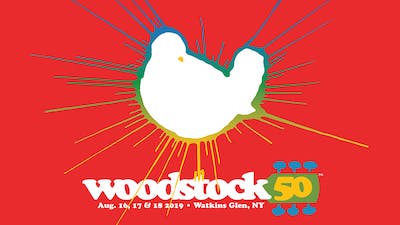 Yesterday investors behind the Woodstock 50th anniversary festival announced that the event had been called off as they had pulled financial support.

However, organizers behind the festival insist that it will still take place as planned from August 16-18 in Watkins Glen, New York.

The festival previously made headlines when payments to participating artists were delayed by a few days. In addition, ticket sales were delayed (and have not yet occurred) because organizers did not have a necessary mass gathering permit.

It’s a dream for agencies to work with iconic brands and to be associated with meaningful movements. We have a strong history of producing experiences that bring people together around common interests and causes which is why we chose to be a part of the Woodstock 50th Anniversary Festival. But despite our tremendous investment of time, effort and commitment, we don’t believe the production of the festival can be executed as an event worthy of the Woodstock Brand name while also ensuring the health and safety of the artists, partners and attendees. As a result and after careful consideration, Dentsu Aegis Network’s Amplifi Live, a partner of Woodstock 50, has decided to cancel the festival. As difficult as it is, we believe this is the most prudent decision for all parties involved.

Representatives for Woodstock 50, however, shared the following statement with Pitchfork:

We are committed to ensuring that the 50th Anniversary of Woodstock is marked with a festival deserving of its iconic name and place in American history and culture. Although our financial partner is withdrawing, we will of course be continuing with the planning of the festival and intend to bring on new partners. We would like to acknowledge the State of New York and Schuyler County for all of their hard work and support. The bottom line is, there is going to be a Woodstock 50th Anniversary Festival, as there must be, and it’s going to be a blast.

Earlier today, Woodstock 50 representatives shared the following statement with Vulture and the local Poughkeepsie Journal: “Woodstock 50 is currently on a call with Dentsu and Woodstock 50 vehemently denies the cancellation of the festival and will be seeking legal remedy to the comments.” In addition, Woodstock co-organizer and co-creator Michael Lang told TMZ that Dentsu’s announcement was a “complete surprise” to him.


The lineup for Woodstock 50 was set to include JAY-Z, Chance the Rapper, the Killers, Miley Cyrus, and many others. Shortly after the lineup was announced, the Black Keys canceled their set “due to a scheduling conflict.”