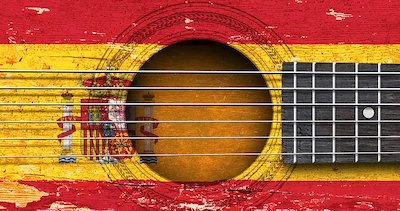 The Spanish concert industry generated a record €333.9 million in 2018, according to "Anuario de la música en vivo", the yearbook published by the country`s promoters association APM.

According to Pollstar the €333.9 million figure represents a 24.1 percent increase from 2017, when the APM recorded €269.2 million – which had already marked a significant increase on 2016`s results, thanks to the VAT cut introduced that year.

The Spanish live music industry has been improving it performance for the past five consecutive years, after hitting rock bottom in 2013 (€158 million). The main reason for this low point was the VAT increase to 21 percent in 2012. The 2017 cut had brought the rate back down to 10 percent.

When Alejandro Fernández performed at the Madrid venue on July 18, he grossed $729,145 with ticket sales of 9,740. The gig was promoted by Planet Events, which was recently acquired by Live Nation.

The most successful tour to hit Spain in 2018 was Bruno Mars, who attracted 110,000 people to his two shows at Barcelona`s Estadi Olímpic and Madrid`s Wanda Metropolitano, according to APM. The concerts were promoted by Doctor Music, which was recently acquired by CTS Eventim.