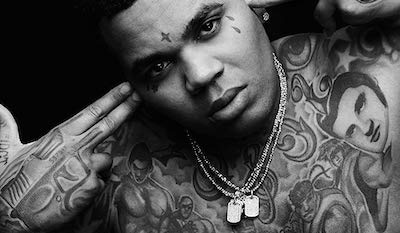 Creative Artist Agency has signed Kevin Gates to its growing hip-hop roster, representing the "Really Really" rapper across all areas, worldwide. Gates had previously been represented by UTA.

Gates has placed seven songs on the Billboard Hot 100 with his single "2 Phones" peaking at No. 7 in 2016 and earning certified double platinum status by the Recording Industry Association of America. His 2018 album Luca Brasil 3 hit No. 4 on the Billboard 200 albums chart, while his highest charting album, 2016`s Isiah, peaked at No. 2 and was certified platinum by the RIAA -- 2016’s only debut album to receive platinum certification within one year.

The Louisana artist is performing several dates on the 3Kingz Tour in March with Youngboy Never Broke Again and Moneybagg Yo, and he is appearing at this year`s BUKU festival in New Orleans on March. 22.