Sam Smith pulls out of festival 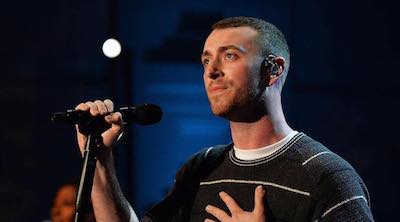 Sam Smith, who was scheduled to perform Friday night at the 2018 iHeartRadio Music Festival, announced after the show had already begun, that he was forced to cancel due to "unforeseen circumstances."

According to his statement on Twitter and what Ryan Seacrest told the T-Mobile Arena crowd during the show, the singer had rehearsed for his performance as scheduled but something "transpired after rehearsal" that kept him from performing.

"Dear all, Due to unforeseen circumstances which transpired after rehearsal, it became clear that I’m sadly unable to perform at the iHeart Radio Music Festival in Vegas tonight," his Twitter statement reads. "I am so so sorry about this and I want to apologise to all my fans. All my love, always. Sam x."

The show must go on, and in addition to already-performed sets from Fleetwood Mac, Childish Gambino and Jack White, the crowd still has performances from Mariah Carey, Rae Sremmurd, Jason Aldean, Kygo and Panic! at the Disco to look forward to.