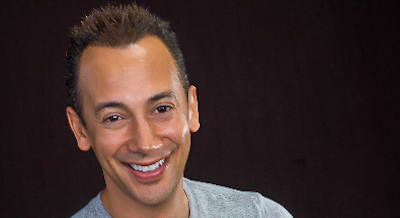 According to Pollstar Red Entertainment Agency president Carlos Keyes is facing a default judgement of $2.7 million in a lawsuit against him and other individuals from a pair of film producers who claim they were scammed out of $277,448.

The original complaint, filed in September, names Keyes as an agent of The ISM Group, LLC d/b/a Independent Film Partners, along with Stuart-Shiloh Hinds and Timothy Beal. Keyes told Pollstar he has never been an agent of IFP and cannot be held liable for the organization`s actions.

Plaintiffs Jordan Rhodes and Joseph Torina – members of M&J Film Production – claim after an introduction and months of discussions, the IFP defendants proposed to finance a film by M&J. The terms of that arrangement, according to documents filed with the complaint, were that IFP would finance $1.4 million, on condition of a deposit of $277,448 from M&J, an interest rate of almost 6 percent and 45 percent of all profits generated by the film. The deposit was to be held in an escrow account, into which the remainder of funds would be transferred.

The initial term sheet of the financing agreement, contained in the complaint, details how Keyes of Red Entertainment was to receive an executive producer credit on the film and profit sharing participation of 4 percent. Keyes says this was the extent of his involvement with the project, and he did not have access to the escrow account.

Rhodes and Torina claim, after making their deposit in a timely manner, IFP and the other defendants, including individuals associated with GL Esquire Consulting (specifically Jean Gerard Legagneur, Jr.) and Union Credit & Guarantee a.k.a. Blue Diamond Assurance and Bonding (specifically Richard Noah and Donald Zsemonadi), failed to maintain the deposit funds in escrow and did not uphold their obligations under agreements reached. Ultimately, M+J was unable to get back its deposit and was forced to shut down all film production.

Plaintiffs’ motion of default was granted in Miami-Dade County court in Florida May 23 against Keyes and a judge ordered him to pay $2.7 million.

Keyes told Pollstar that the default was because his lawyers failed to show up in court to represent him and he has an appeal in the works. He said the plaintiffs are trying to recoup funds by suing everyone associated with the transaction, but Keyes never benefited from the failure of the film.

Rhodes said Keyes has exhausted his options in terms of appeals and the plaintiffs will soon begin the process of asset seizure.

“Independent Film Partners, a bogus company operated by Carlos Keyes and Shiloh Hinds should be exposed for what they are, — a scam” Rhodes told Pollstar. “They never had offices at 1501 Broadway, which is on their letterhead, and Carlos Keyes and his cohorts never had the funds they claimed, or had any intention of producing our film. They sent bogus checks and a bogus wire transfer claiming funds for one million dollars, and refused to return any of our funds, well over a quarter of a million dollars, because they had spent it for their own personal use.”