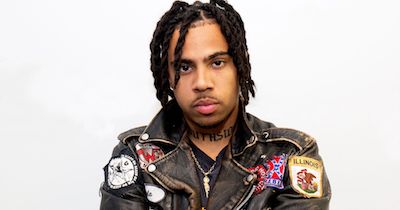 Vic Mensa has inked a new deal with UTA for North America but will continue to be represented by WME internationally.

Despite his signing to UTA, Mensa will continue to be repped by Scooter Braun and Dave Appleton of SB Projects, as well as Cody Kazarian of Franklin Kazarian Management.

After previously serving as support for artists such as Beyoncè, Justin Bieber, and recently Dua Lipa this past April on her UK Tour, Mensa has gained notoriety outside of the genre and has emerged as a vocal leader in his Chicago community. Last March, Mensa launched his SaveMoneySaveLife Foundation in his hometown and told Billboard the inspiration behind his act of altruism.

"I’ve been doing social justice work for some time, just out of my own resources and out of my own pocket, just because it’s important to me," he said to Billboard. "So whether that’s taking a bunch of people from Chicago down to Standing Rock or being in Flint, Michigan, or being in Palestine or Baton Rouge after Alton Sterling’s killing, I’ve been trying to, just as a man, be present and stand with the struggling and oppressed people around the world."