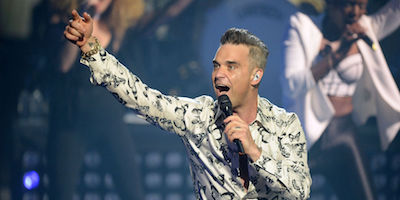 Robbie Williams’ management team is reported to have placed tickets to see the star on resale sites such as Get Me In for £65 ($79/€75) more than their face value.

The BBC’s Victoria Derbyshire show alleged that ie:music put tickets for Robbie Williams’ 2017 tour on Get Me In and Seatwave. It said one of the tickets offered was for £65 more, before fees, than a similar ticket on Ticketmaster.

Because the tickets came straight from the artist’s management team, all the profit goes directly to them.

Tickets on Ticketmaster for seats on level one, block 126 – for Williams’ gig at the Etihad Stadium, Manchester, on Friday June 2 – were found by the Victoria Derbyshire programme to be priced at £95, before fees. But on Get Me In, for “platinum” seats on level one, block 125, at the same gig, seats were priced at £160 before fees – £65 more expensive.

Promoter Harvey Goldsmith said the position Williams`s team were taking made him "angry".

"I think it is wrong, but hopefully most of the people who have signed the [2015] petition are acting honourably and are doing everything that they can do to prevent tickets being sold on the secondary market," he said.

ie:music, Williams management company, has previously called on the government to take stronger action against resale sites. The BBC said Ie:music has not responded to repeated requests for a statement.

Sharon Hodgson MP, the co-chair of the All-Party Parliamentary Group on Ticket Abuse, said the allegations were further evidence that regulation of the secondary ticketing market is required.

Hodgson, in a tweet earlier today, added: “It’s not illegal but he [Williams] needs to be transparent and honest with his fans. His fans may think this is greedy – he doesn’t need the money!”

A statement to the BBC from Ticketmaster, which owns Get Me In and Seatwave, said: “Platinum tickets are a very small percentage of the best seats that are priced according to demand, in consultation with our clients, the event organisers.

“The UK live events industry has been successfully using platinum for many years so that the full value of these tickets goes back to the rights holders and not to resellers.”