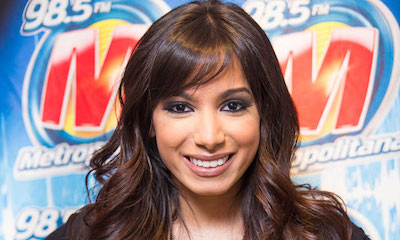 Anitta, the Brazilian star who was the fresh face of the 2016 Rio Olympics opening ceremony, has signed with the William Morris Endeavor agency.

WME will represent the 23-year-old Brazilian singer in all areas outside of her home country, for music, film, television and book opportunities.

"I come from the ghetto,” Anitta, who grew up in Rio, told Billboard in an interview right before the Olympics. "No one there probably imagined I`d get this far."

In 2015, Anitta was named “Best Latin Artist” at the Europe Music Awards (EMA), “Best Singer” at the Young Brazilian Awards, and “Best of the Year 2015” at the Faustão TV Globo Show. She performed with Brazilian legends Gilberto Gil and Caetano Veloso at the Olympic ceremony.

She recently shot a video with Maluma for her latest single, “Sim ou Não” that shows off the potential of her pop star power beyond Brazil.