2 new faces at UTA and 13 promoted to Agents 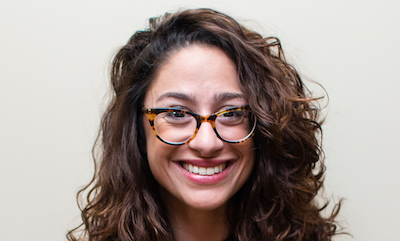 United Talent Agency has announced the hiring of two agents Mary Petro and Ryan Soroka for its music division as well as the internal promotion of 13 employees to music agent.

The news come in the wake of UTA`s August 2015 acquisition of The Agency Group which has resulted in the agency spending much of the past year integrating TAG -- with its seven global offices, nearly 100 agents and some 2,000 acts, including Guns N` Roses (U.S. and Canada only), Muse and Foals -- into the larger UTA structure.

"When you look at two companies like ours coming together, you`re talking about a massive global music company that`s now the music division of a massive Hollywood powerhouse agency," says Natalia Nastaskin, UTA`s head of U.S. music operations and former CEO of The Agency Group. "Putting those two entities together is an extraordinary proposition and has to be carefully strategized, planned and executed."

Soroka comes from the Soroka Agency, a boutique creative artist agency he co-founded in 2010 and ran in partnership with Brad Wiseman and Equal Vision Records and will work in UTA Music`s clubs division. He brings clients with him to UTA that include, Against the Current, flor, Our Last Night, Hands Like Houses and David Garibaldi. Petro (pictured) previously worked for Columbia Artists Management Inc. (CAMI) and will now work in UTA Music`s adult contemporary and performing arts centers division. Both new hires will work out of the agency`s New York office.

The thirteen employees promoted to agent from within UTA are as follows: Ryan Edmundson, Joe Fucigna and Parrish McKittrick (based in New York City); Emilio Grijalva, Zach Hyde, Chad Lehner, Darius Sabet and David Winther (based in Los Angeles); JD McCorkle (based in Nashville); Sarah Chipon, Stefanie Purificati and Rob Thornton (based in Toronto); and Alice Hogg (based in London).

A structural change at UTA Music preceded the personnel changes as the agency moved from a responsible agent system, whereby each artist had a single rep for all regions, to a territorial booking system, whereby individual agents focus on specific markets.

This restructured approach, according to Nastaskin, is what in part led to these promotions. "Long tenured junior agents and senior assistants who have developed A&R skills and developed booking skills who we felt could be brought to this next level as part of the territorial system are the people we chose to elevate in the process of our integration," she said.

Among the challenges facing the UTA-TAG integration is geography. Currently UTA has three separate midtown New York City offices. The agency has "imminent" plans to move UTA Music into its core offices located at 888 7th Avenue.