UK Wireless Festival given go ahead 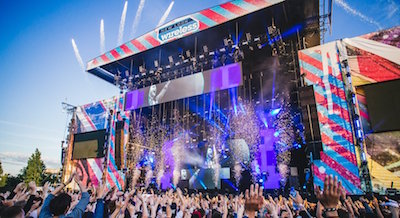 UK based Wireless Festival is to go ahead in Finsbury Park after a legal challenge was thrown out by the High Court.

The case was brought against Haringey Council by Friends of Finsbury Park after the campaign group raised more than £11,000 through crowd funding to cover legal costs.

Cabinet member for environment, Cllr Peray Ahmet said: “We are pleased with the ruling, which means that large scale live music events in Finsbury Park and open spaces across London are no longer under threat.

“Events like Wireless make a huge contribution to London’s cultural scene and in Haringey bring in hundreds of thousands of pounds which is spent improving our parks and attracting more visitors.

“We will continue to work with residents and event organisers to ensure the Wireless festival is safe and enjoyable for all."

Video footage emerged from 2015’s event showing chaotic scenes when a crowd forced open a security door to gain access to the site. The Friends` group claimed last year’s event caused “massive disruption, damage, excessive noise and anti-social behaviour” to the area, and issued judicial review proceedings after receiving what it said was an “unsatisfactory response” from the local authority to its pre-action letter.