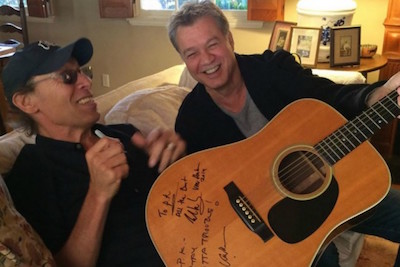 Van Halen is gearing up for a busy summer. The seminal 1980s rock band announced Thursday it will be heading out for about three straight months of touring starting in July, hitting nearly 40 cities by the start of October.

The tour launches July 5 at the White River Amphitheatre in Seattle with David Lee Roth fronting the band and runs until Oct. 2 in Los Angeles at the historic Hollywood Bowl. The Kenny Wayne Shepherd Band will be joining in support.

Next Monday, Van Halen will join Jimmy Kimmel Live! for a performance on Hollywood Boulevard that will be broadcast over two nights, March 30 and 31. Surprisingly, this will mark the group`s first U.S. television appearance with Roth, its original singer.

Classic albums from the band`s catalog will be remastered and released this year, starting with Van Halen and 1984 on March 31. Diver Down, Women and Children First, Van Halen II and Fair Warning will all be out later this year.

There is no news yet about European dates.