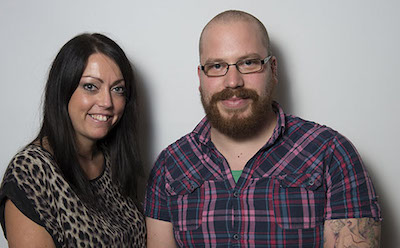 Nikki Miles (pictured) has moved from Academy Music Group’s South Coast venue, O2 Academy Bournemouth (cap. 1,800) to become General Manager of O2 Academy Oxford. Nikki has an excellent reputation and hands on experience in live music and clubs, having worked in operations across bars and venues in Bournemouth for several years prior to joining AMG in 2009 as Bars Manager and more recently, Venue Manager.

Will Dore-Dennis (pictured) will be moving from O2 Academy Leicester (cap. 1,400) to take up his position as General Manager of O2 Academy Bournemouth as of Monday 3rd February. Prior to Leicester and over the last five years, Will has held management positions within the Group at O2 Academy venues in Oxford and Birmingham; and has previously worked at The Old Fire Station, Bournemouth University’s Student’s Union venue, with whom AMG has an existing management agreement.

"Both General Managers have experience within AMG, particularly the application needed within the club business as well as live music; and Students’ Union partnerships." stated AMG’s Chief Operating Officer, Graham Walters. "An integral part of our business, their knowledge of a diverse range of markets and running multi-room formats with busy diaries will certainly benefit their teams and client relationships in their respective positions."