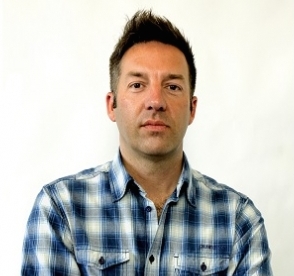 Hot Streak co-founder Lucas van Slegtenhorst has been tapped to serve as Managing Director of the new co-venture.

With Downtown’s opening of a London office last month, it serves to reinforce the music publisher’s commitment to expand its international reach. The Company now has direct collection capabilities across 36 different societies covering 90 countries as well as a network of local publishing partners and agents, resulting in an increase in client opportunities and royalties collected worldwide.

Founded in 2009 by Cloud 9 as the venture partner in Chrysalis Songs Benelux, Hot Streak has quickly developed a roster of over 30 songwriters, including cuts by Zedd, Diplo & Don Diablo and Armin van Buuren as well as major international synch licenses with Amstel, Blackberry, FIFA 2014 and Vodafone. The company also represents well-known Dutch artists including shares on Within Temptation’s recent album Hydra, which entered the Top 10 in more than 12 countries upon its release earlier this year. Hot Streak has also acquired sub-publishing rights for several catalogues that feature songs by Fatboy Slim, Skrillex and Milow.

Prior to the formation of Hot Streak, van Slegtenhorst was the general manager at Chrysalis Music Benelux. He previously held positions with Warner/Chappell, Roadrunner Records and BMG Records Holland.

“We are thrilled to partner with Lucas and [Cloud 9 md] Raymond [van Vliet] in expanding Downtown to Amsterdam,” said Downtown Music Publishing president/founder Justin Kalifowitz, recently named to Crain’s New York Business’ prestigious “40 Under 40” list. “It has long been one of the most vibrant music centers in the World and we couldn’t be more excited to develop new opportunities for our clients and their work.”

“I am very excited to be joining forces with Downtown to develop the premier full service music publisher in the Benelux,” said van Slegtenhorst. “This will increase our international power due to their worldwide offices from which all of our writers will benefit.”

Kalifowitz started Downtown Music Publishing in 2007 after stints at Virgin Records and Spirit Music Publishing, building to a catalog of more than 80,000 titles. Aside from its SoHo main office, the publisher has opened locations in Los Angeles, London, Nashville and now, Amsterdam. Among the company`s holdings are the John Lennon and Yoko Ono catalog, as well as works by Benny Bianco, Bonnie McKee, Ellie Goulding, Hans Zimmer, the Kinks, Motley Crue, Neon Trees, Rosanne Cash, Santigold, Trevor Horn and the Vaccines.