The Collective opens office in Nashville 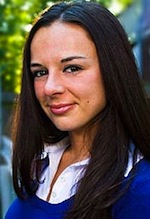 Joining her at the company as a management client is Tyler Bryant & the Shakedown. The independent rock act is working on a new album and set to play at SXSW.

"The Nashville music community has long played an integral role in the careers of many of the artists we represent," The Collective CEO Michael Green says. "The establishment of this new office confirms our commitment to growth at a time of rapid change in the music industry."

Jewell previously served as a manager at Borman Entertainment, where she worked with Keith Urban, Lady Antebellum, Michael Franti and Alison Krauss, among other acts. Prior to that she worked at Nettwerk Management.

The Collective counts among its clients Linkin Park, Counting Crows, Enrique Iglesias and Alanis Morissette. Its three-year-old music division, The Collective Music Group, represents other artists including Jimmy Cliff, Crash Kings and the Plain White T's as well as many producers and songwriters.