U2 pull out of Glastonbury 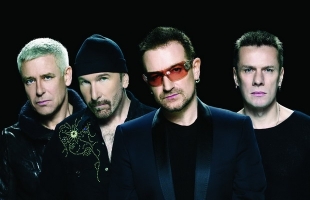 U2 have been forced to pull out of their headline slot at the Glastonbury Festival after lead singer Bono underwent emergency surgery it has just been revealed.

As VIP has reported earlier U2 were forced to postpone the next leg of their world tour after the outspoken singer injured his back, and now Glastonbury is the next massive casualty.

At the weekend the tabloids were busy with their Glastonbury Festival gossip suggesting that Dizzee Rascal may take U2's headline slot if frontman Bono hadn't recovered from surgery.

Michael Eavis broke the sad news on Glastonbury's official website, Glastonburyfestivals.co.uk. He also said there would be "no comment to make" about possible replacements yet although he has apparently also approached Coldplay to offer them the slot.

Bono said: "I'm heartbroken. We really wanted to be there to do something really special – we even wrote a song especially for the festival."

Michael Eavis continued: "It was obvious from our telephone conversation that U2 are hugely disappointed. Clearly, they were looking forward to playing the Pyramid Stage as much as we were looking forward to watching them. At this point, we have no comment to make about possible replacements for U2's Friday night slot. Instead, we would simply like to send Bono our very best wishes for a full and speedy recovery."

The singer, 50, underwent emergency surgery in Germany after suffering an injury while preparing for the upcoming shows in the United States.

We will ammend this article as more news comes in.

In other Glastonbury news, The Daily Star, have also picked up on the news that Lily Allen might make a guest appearance at this June’s festival, playing with Professor Green.

She looks most likely to join the rapper on stage to sing with him on his latest single 'Just Good To Be Green’. He told the paper: 'I’m hoping Lily will come out and join me at Glasto but you didn’t hear that from me. It really depends what state she’s in, as I’m performing on the Sunday."

Glastonbury Festival 2010 will take place at Worthy Farm, Pilton in Somerset from 23-27 June.