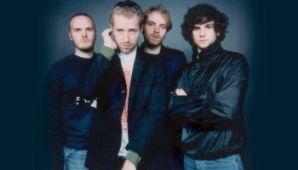 Coldplay has been forced to postpone the start of its North American tour by two weeks due to unspecified "production delays which mean that the show simply won't be ready" for its planned June 29 kick-off in Philadelphia.

The itinerary will now begin July 14-15 in Los Angeles; it was to close Aug. 4 in Chicago but will instead wrap that day in Boston. Tickets for the scrapped dates will be valid for the new ones, but refunds are also available at points of purchase. For an updated itinerary, visit the band's Web site.

Coldplay's previously announced free shows in London (June 16), Barcelona (June 17) and New York (June 23) will go on as planned, as will a July 27 at the first Pemberton Festival in British Columbia.

Following the conclusion of the first North American leg, the group has international touring on tap through early October, after which it begins another round of North American dates. In 2009, Coldplay will play European stadiums and might even play such venues in North America next year "if we can do the business," manager Dave Holmes tells Billboard